One of the first exercises I do with health coaching clients is the Circle of Life, as it’s a great visual picture of aspects which are fulfilling at this stage of your life, and which need a bit more love and focus.

To feel truly happy and healthy, most of us need to feel satisfied in a range of aspects, including health, physical activity, home cooking, home environment, relationships, social life, joy, spirituality, creativity, finances, career and education.

END_OF_DOCUMENT_TOKEN_TO_BE_REPLACED

As Joshua Rosenthal, founder of Institute of Integrative Nutrition, says ‘someone who spends their entire day hating their job is probably not going to go home and make a salad’.

A perfect example of a self-perpetuating cycle easy to get caught in. I certainly have, many times.

When we are feeling stressed, anxious or tired, we’re more likely to make poor food choices, which in turn feeds the very feelings we are trying to dampen.

And while what we shouldn’t be choosing to eat is familiar to us all, such as processed foods, alcohol, caffeine, refined sugars, artificial sweeteners and other inflammatory foods, did you know there are certain foods that are particularly good at boosting the feelings we wish to have more of, and reducing the effects we wish to have less of?

END_OF_DOCUMENT_TOKEN_TO_BE_REPLACED

‘It all started here, in Queenstown’ my husband chimes in.

Which rather took my breath away.

Just over five years ago, in late summer, I lay curled in the foetal position on the bathroom floor of a Queenstown hotel, in between bouts of vomiting from the sudden pain.  Absolutely unwilling to miss my 40th birthday present, trekking the Milford Track with hubbie, my parents looking after our children, I somehow struggled onto the transfer boat and along the 4-day hike. Each time the pain took over, every ten minutes or so, I’d assume the foetal position, initially on the dry track, later in the mud, trying to focus on the rain on my face, rather than the wave of agony rising, and thankfully also falling, in my groin.

END_OF_DOCUMENT_TOKEN_TO_BE_REPLACED

It took a health crisis for me to radically reduce harmful chemicals in our household. I’m now passionate about sharing what I’ve learned with others – before the health crisis.

These 10 ways to reduce harmful chemicals in your household are not expensive, ineffective or difficult, they simply require a shift in perspective.

I look forward to your questions.

END_OF_DOCUMENT_TOKEN_TO_BE_REPLACED

A character in a novel I read in August was described as having ‘alcoholic proclivities’.

The very term struck me to the core. It felt way too close to home. I looked up the definition of proclivity, according to Merriam-Webster:

Just a few days later I received the results of a food intolerance test conducted while I was in Australia in July. Grapes had made the list. As had all fermented beverages (alcohol, cider, vinegar) and malt (beer, liqueurs, whisky, gin). Just to be sure I didn’t miss all the connections to alcohol.

I’d bought a bottle of wine that day. I closed down the computer, ignored the damning email for a few days, enjoy this last hurrah – and then I did it.

My many previous half-hearted efforts to drop the daily glass of wine became a personal mission. END_OF_DOCUMENT_TOKEN_TO_BE_REPLACED

It’s been three years since I went gluten free.

That’s a lot of pizzas, pastas, crusty rolls and cakes to abstain from.

Boy it’s tough. I have broken my self-imposed rule a few times. END_OF_DOCUMENT_TOKEN_TO_BE_REPLACED

Honoured to be interviewed by Amy Scott of Nomadtopia Radio this week!

Check it out and add to our insights below, cheers!

Kylie Bevan: Happy and healthy wherever she is

Longtime traveler and expat Kylie has relocated more than 15 times. Wanting to build more international experiences into their lives, her family jumped at the opportunity to move to Tonga in the South Pacific. Kylie, her husband, and their two school-age daughters have been enjoying life there for nearly a year, and are excited to see where their next adventure will take them. Listen here, or on iTunes at Nomadtopia Radio.

None of these will be new to you.

But are they true to you?

Pick one that hasn’t been happening, and do it for a week, then choose another. Shout it out in the comments below so we can cheer you on!

Imagine how good you will feel. And how much your body will love you for it!

Remember, you are as important to your health as it is to you!

END_OF_DOCUMENT_TOKEN_TO_BE_REPLACED

It’s been one year since I completed my health coach course through Institute for Integrative Nutrition. I’m often asked by others wishing to learn more about health if they should also choose IIN.

My answer is … maybe.

I was absolutely wowed by the course. For the many reasons I’ll go through below, I am certain it was a perfect choice for me.

But whether YOU choose IIN depends on you!

END_OF_DOCUMENT_TOKEN_TO_BE_REPLACED

Your Relocation Solution: be happy and healthy wherever you are

The ultimate guide for women wishing to feel connected, inspired and capable when moving from their comfort zone.

To celebrate, I’m including four exciting book launch bonuses, for purchases by 6 November 2014

UPDATE: BONUSES ARE NO LONGER AVAILABLE FOR THIS BOOK RELEASE – TO BE NOTIFIED OF THE NEXT LAUNCH PLEASE SUBSCRIBE HERE.

* access to 7 Things to Consider when Relocating, an online event in November

These launch bonuses will be emailed to the email address you use while purchasing. If you purchase through Amazon, please forward your order form to kylie@healthwellnessrevolution.com, as Amazon does not reveal purchaser information.

END_OF_DOCUMENT_TOKEN_TO_BE_REPLACED

As a certified health coach, I help women and men across Australia, New Zealand and the South Pacific relocate and resettle in a healthy and happy way, so they have the energy and enthusiasm to enjoy their new location all the sooner. I'd love to help you too! 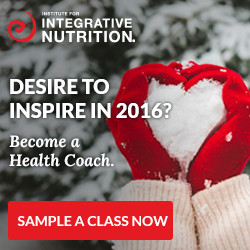 As a certified health coach, I help women and men relocate and resettle in a healthy and happy way, so they have the energy and enthusiasm to enjoy their new location all the sooner.

I don't help you pack the boxes, hire a removalist, find the perfect house or book your travel - although I do have a handy FREE eCourse to assist with these logistics.

What I do is help you clarify what is most important to you, so you can embrace this next chapter of your life with confidence, inspiration and radiant good health.

RELOCATION GUIDEBOOK
Your Relocation Solution: be healthy and happy wherever you are!

ECOURSES
Relocation Ready for pre-move; and Relocate Resettle Recharge Refocus for during and after your move.

I would love to hear from you!

My mailing address is PO Box 768 Sandgate Qld 4017 Australia. However I'm currently living in Vanuatu - so snail mail takes many months to arrive.